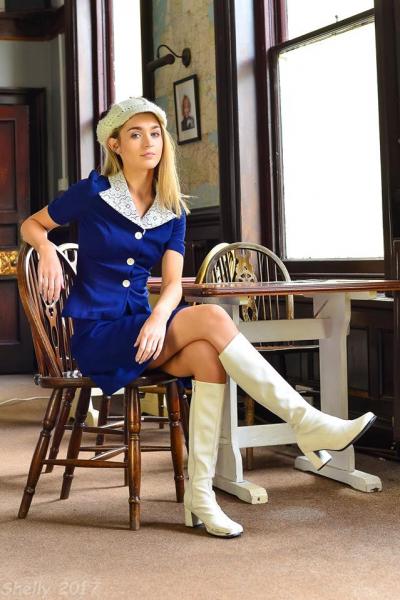 The Role of History in Today’s Ladies’ Fashion Shoes

The range of style and colour in today’s ladies fashion shoes is a far cry from the basic footwear that existed through the ages. There have been huge changes from the early days of something that was just made to protect feet. There was a time in Ancient Greece when women wore the early form of high heels as a display of social status. The heels were made of wood or cork and could hardly have been comfortable.

One theory about the high heels worn in Ancient Egypt was that the raised the wearer closer to the Gods. Femininity did not come into it until 15th Century Venice when some heels, more like platforms, were as much as 24 inches high. Imagine that! In those days, the streets were truly dirty and muddy and it was a way to walk around outside without getting dirty. Many decades later in 16th and 17th Century France and England, this form of ladies shoe became associated with the ‘’ladies of the night.’’

Today’s high heels’ design emerged in Victorian England with comfort becoming an important factor into what had been a somewhat difficult style of shoe to wear. The term ‘’stiletto’’ referring to heels is Post War and ever since, high heels have been the popular choice for ladies for many occasions, certainly formal ones.

Ladies shoes had not been a fashion item until half a century ago. While high heels were the choice of many, younger women in an ever more liberal society began to seek something different. Trainers and pumps were more practical in the casual look that began to prevail among that generation and to an extent, things have not changed since. Some designs have come and gone, yet in fashion, some lose appeal only to re-emerge in the future.

There have been periods when platform shoes were all the rage and some cheap PVC plastic creations called jelly shoes. Do you remember the moon boots of the 80s and 90s and the time when colourful Dr. Martens boots were fashionable?

The thread that continues to run through ladies fashion footwear is that old ideas remain an important part of ladies footwear. The high heel has existed for many years. Loafers have taken the traditional American Indian moccasin design and adapted it to the needs of today’s woman. There is little new about the design of boots which probably owe more to military use than anything else. Court shoes are a modern adaption of a style in Western Europe’s Royal Courts that briefly disappeared in France after the late 18th Century Revolution. They returned to the scene and today’s name remembers their first origins.

Today/s women have several different styles of shoe to suit specific occasions. Each style has its place in history, often at a time when a woman had no more than a single pair of shoes. Things have changed, but in many ways, they have stayed the same, certainly in design.