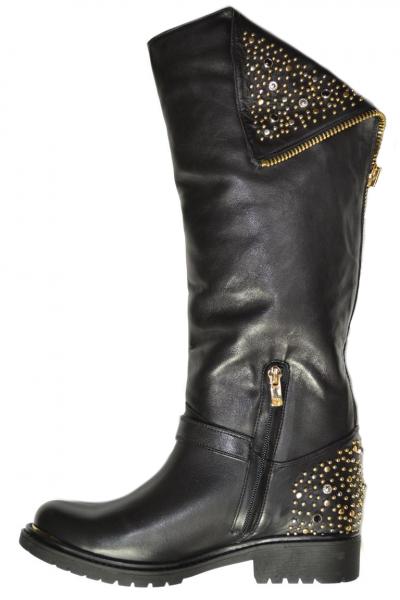 Man was barefoot for many centuries before finally he worked out that it was possible to protect feet from rough and uncomfortable terrain. It was not just sharp rocks that could damage feet. In hot climates, the ground could heat up quickly. Similarly, shoes were one way to keep warm in cold temperatures.

Holidaymakers may have tried to walk across a beach in mid-summer over hot sand and quickly realised that they should have brought some footwear, and will the next time. Everyone that has lived through a cold winter knows how uncomfortable it is to have cold feet.

Early shoes were made from animal skins or wood. They were purely practical with no difference between right and left foot. Often, there had been little differentiation between men’s shoes and ladies’ shoes until the 18th Century even though there were several style changes from the Renaissance Period onwards. Shoes were fashionwear in high society circles but nowhere else.

Making shoes was a skilled trade and in many ways still is. The industry was transformed by mass production as many industries were. Before that, the quality of footwear was a way to assess social status. Ordinary folk only had a couple of pairs of shoes; one for work, one for best. High society was different with handmade soft leather creations even if sometimes the current fashion was less than comfortable. Some would say that high heels that women have worn regularly for decades could not possibly be comfortable. As your wife or best friend whether she agrees, and if not, what are the factors that they take into account when buying to ensure their shoes will be comfortable?

High heels appeared in court in Italy in Renaissance times and Marie Antoinette was a great fan of such shoes. She had a collection in the hundreds and went to the guillotine in a pair of high heels. Ironic that in the mid-20th Century, fashionable high heels took the name of and Italian blade, stiletto.

The challenge that manufacturers who wanted to compete in the market faced was to balance comfort with the increasing demand for higher heels that would be perfectly stable. Strong materials were required because the high heel itself was very thin indeed. While some less formal styles of footwear have taken their share on the market, high heels are still the most commonly worn female footwear at formal occasions such as weddings and anniversaries.

Shoes are obviously a factor when it comes to buying a dress for formal occasions. There is no point in getting a long dress made with measurements of length made when you are in bare feet or flat shoes if you will be always wearing the dress in high heels.

Today’s fashion-conscious woman will have a range of comfortable footwear that looks good, feels good and helps confidence. Practicality is no longer relevant except on a wet day for walking across a field. It wouldn’t be in high heels.