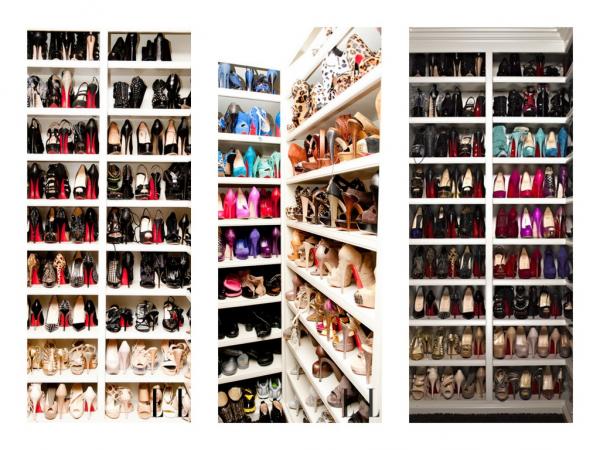 A Ladies’ Fashion Shoe Collection to Beat All Collections

Some ladies collect shoes. It is a passion. For others it is an indulgence. Ferdinand Marcos was Philippines’ dictator for two decades until he was forced to flee the Country in 1986. When protesters broke into Malacañang Palace, they discovered the fashion shoe collection of his wife. Imelda, all 2,700 pairs of them. She had been known for her extravagance but these numbers were a surprise. Who knows how many pairs she was able to take as she fled. Few it is thought.

A recent study suggests that the average American women owns 27 pairs, just 1% of that Marcos collection. On further questioning, it seems that the average woman will only wear half a dozen of those pairs on a regular basis.

Ladies’ fashion shoes were Marcos’ obsession. There is now a shoe museum in the Philippine City of Marikina where 800 pairs of Marcos’ shoes are on display. Visitors can see the history of ladies’ shoes over the period of her extravagance. It is thought that the Museum is part of the present government’s policy of reminding people about the evils of the past so boost its own popularity.

The collection includes many top international brands including Christian Dior, Givenchy, Chanel and Ferragamo. In 1995, Ferragamo’s widow, Wanda, actually opened a museum in Florence in Italy in the company headquarters. It chronicles the work of her husband, Salvatore, between 1927 and his death in 1960.

Boots, high heels and flats are all included in the Marcos collection. There are local brands as well these famous names. Estimates about how much she spent on shoes vary. Local shoes at that time would have been around US $10 but the imports would be ten times that figure. It is said that her absolute favourites were Beltrami from Italy, black pumps encrusted with gold sparkles and stones. As soon as she bought her first pair, she fell in love with them and immediately bought several more pairs. It is said that local manufacturers gave her as many as ten pairs a week. Why wouldn’t they to keep on the right side of a dictator?

Imelda Marcos is still alive and will be 90 at her next birthday. She spent a few years in Congress while her husband has been dead for almost 30 years. She has never remarried. A commission has failed to recover the vast sums that Ferdinand Marcos was said to have stolen from the Nation. At least they have the shoes but the tourist revenue they bring in has little significance in reducing the amount stolen by her husband.

There are other shoe museums in different parts of the world that are receiving significant number of visitors each year. Bata Shoe Museum in Toronto gets 125,000 visitors annually while there are several in Europe, France, the Netherlands, Belgium and Northampton in England. It seems people are fascinated by shoes but few are as fascinating as those still in the Philippines.